Part of our museum is dedicated to past heroes in aviation history. We share their stories
with you and to commemorate their legacy. 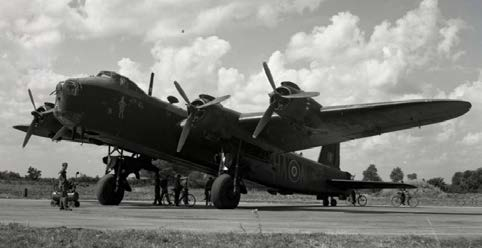 BF 386 was delivered to 15 Squadron at RAF Bourn 28 September 1942 and during the next 31 days flew on five operations over enemy held territory, these being. Osnabrook, Mariager Fjord, Kiel, Cologne and Genoa, with the aircraft being flown by F/O Hal Miles, RCAF.

However, on the morning of 29th October 1942, BF386 took off on an Air Test with a totally new crew of seven and four extra personnel including the Station Padre, two Ground Crew and an extra Air Gunner. Nothing more was heard from the aircraft until it was seen

coming out of the clouds in a steep diving turn, followed by one of the wings shearing off the fuselage and the aircraft consequently diving into the ground at Salters Lode, near Downham Market at 11.30 am. Tragically all crew members on board were killed when it dived into the ground.

The reason for the extra four passengers was, it gave the ground crew and others a better understanding of what aircrew were experiencing night after night on operations. However, on this occasion it proved to be too realistic, taking the lives of all 11 RAF personnel! 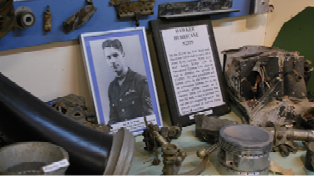 On the 21 March 1941, Sgt R.W. Read took Hurricane N2529 up to carry out a Cloud Flying Exercise from RAF Sutton Bridge with 56 Operational Training Unit, when he had to abandon his aircraft at  17.43 hrs.

The pilot parachuted and landed safely, he did however have an unfortunate landing due to his parachute getting caught on a chimney stack and slamming him into the wall so that it knocked him out and also stopped his watch at the same time!. The aircraft crashed at Antioch Farm, Tilney St Lawrence. 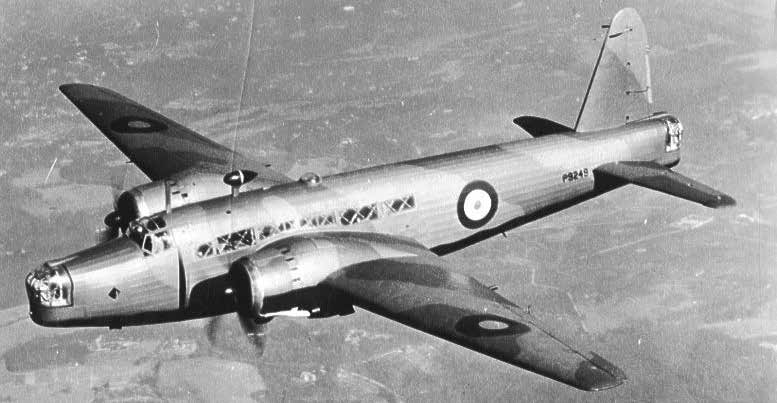 On the evening of the 11/12th February 1941, Wellington T2888 was part of a Bomber Command force sent to bomb Bremen. Everything went to plan until they tried to return to their base at RAF Newmarket Heath only to find it shrouded in fog and with a cloud base down to 150 feet.

Attempts were made to land at other 3 Group airfields without success and upon seeing the searchlight beam up through the dense fog, the decision was taken to bale out – sadly with dire consequences for two of the crew, as, unbeknown to them they had baled out over “Welney Wash” a half mile strip of water, part of the Fens drainage system.

Three of the crew were fortunate enough to land on dry ground, one managed to swim out of the Wash but tragically two perished in the dark freezing waters, as sad twist of fate! Following the baling out of the aircraft, it flew on until it ran out of fuel and then crashed at Stags Holt near March, Cambridgeshire 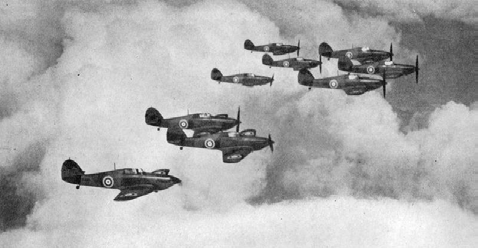 On the morning of the 3rd September 1940, during the period of the Battle of Britain, at the precise time of 08.28 hours, two young RAF pilots were to lose their lives in the blink of an eye. Sent into the air on a training exercise over Saddlebow, near Kings Lynn, from their base at RAF Sutton Bridge, the two pilots, Sgt Frederick Howarth in L1654 and Sgt Karel Stibor (Czech) in L1833 were engaging in aerial tactics when a mid-air collision occurred sending both aircraft into a terminal dive from which neither pilot had a chance to bale out! 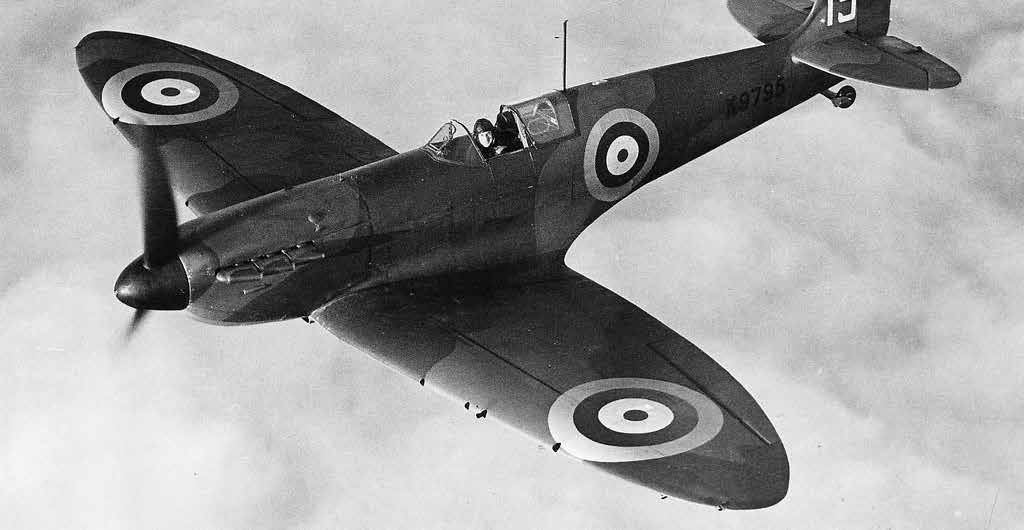 In early 2021 all the artifacts related to P7913 were collected by Peter Monk at Biggen hill from the TV series SPITFIRE FACTORY. The hope is that he will be able to use the wreckage to rebuild her so this amazing aircraft can grace the blue skies once again. Any parts that he is not able to referbish will then be coming back to us in the future to go back on display.

From an eye witness account. The pilot, Flight Lieutenant George Frederick Beurling DSO, DFC, DFM and Bar, baled out of the aircraft on purpose. Beurling landed in a farmers field and told them that the aircraft was a death trap and that he didn't want someone to die flying it. Due to aircraft shortages the RAF had refused to take it out of service so to save future pilots he took her up jumped out. He went on to become the highest scoring Canadian fighter pilot of the Second World War with 34 confirmed kills! Sadly he was killed not long after the war. But that is another story. 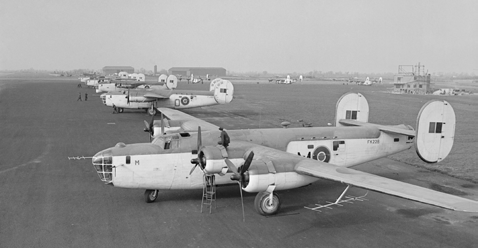 On the 29 March 1943, Liberator FL 950 of 224 Squadron RAF Coastal Command took off from the runway at RAF Beaulieu, Hampshire and headed for the Atlantic Ocean to take part in an operational Anti-Submarine Patrol. It was searching for, and if found, attack U-Boats. Completing 12hrs and 45 minutes the aircraft returned to RAF Beaulieu only to find that the aircraft’s radio and radar had become unserviceable and RAF Beaulieu closed because of low cloud and fog. It was diverted to RAF Mildenhall, but with no radio the Navigator tried to find it with dead-reckoning but that didn’t work. After flying around the area until the fuel became critical, the decision was made to climb to 7000 feet and abandon the aircraft,  thankfully this was completed successfully. Following the crew baling out, the aircraft then dived and crashed into Whittlesey Wash, which is part of the Fens drainage system, at 23.00 hours.

Due to high winds, the crew were scattered between Peterborough and March which also caused injuries to five of the crew upon impacting with the ground at high speed! The 1st Pilot, F/O C .Moore, 126687, went on to survive the war and flew with BOAC. The 2nd pilot, F/O J.E. Jenkinson, 411410 (NZ) was killed on operations on 12 December 1944. The museum also traced the Navigator, F/O K.B. Seal who, in his many correspondence’s, helped us to fill out the story of the crew baling out. Also traced was P.O R.C. Randall, who before being posted to Coastal Command had previously served with Bomber Command and was instrumental in getting the aircraft to the RAF Mildenhall area. 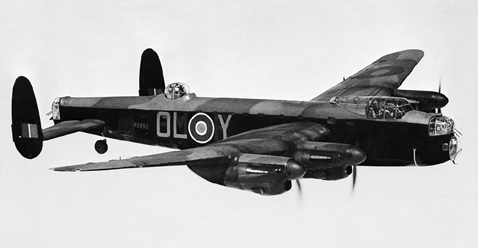 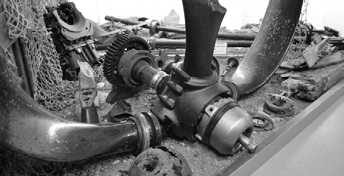 On the 20 March 1945, Flt Lt. Gabriel Hitch Ellis, Pilot and Sgt. William Patrick Reidy, Navigator, were flying in a Mosquito FBV1, NS 998 VY-W with 85 Sqdn from RAF Swanington, Norfolk. They were taking part  in a Gunnery exercise, firing at a drogue being towed  by another aircraft, but whilst making a tight turn to line up with the drogue, the aircraft was seen to spin into the sands of the wash carrying the crew with it. There the story ended until in 2004, when aircraft wreckage was spotted near the edge of the waterway.

FAWNAPS were informed and following research, established that the aircraft was in fact NS 998.The museum informed the M.O.D. who instigated a recovery operation which  was successful in recovering both the remains of the crew and the aircraft. Closure after 60 years 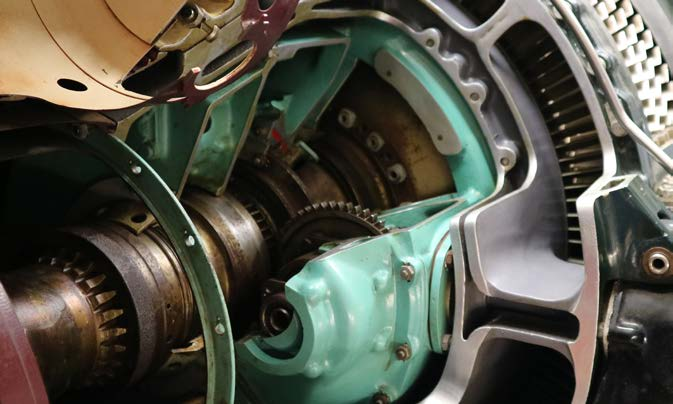 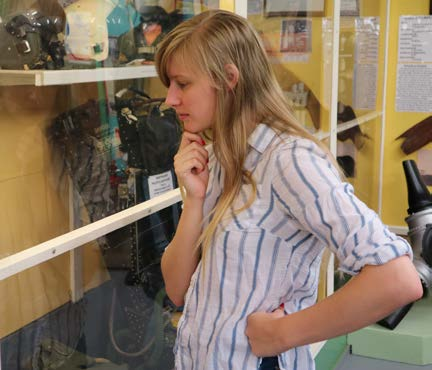 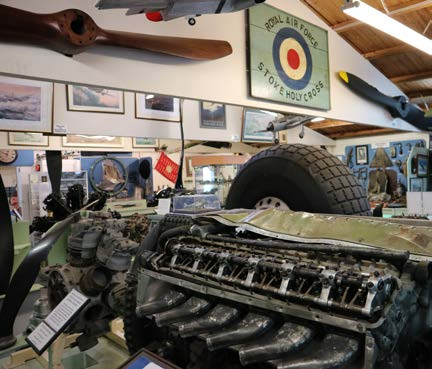 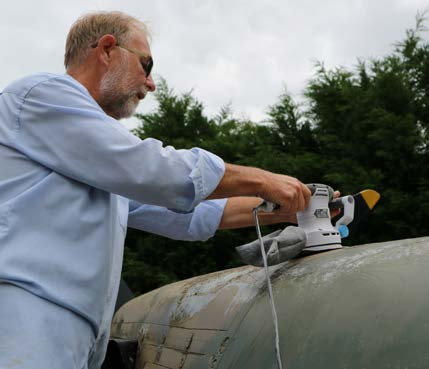